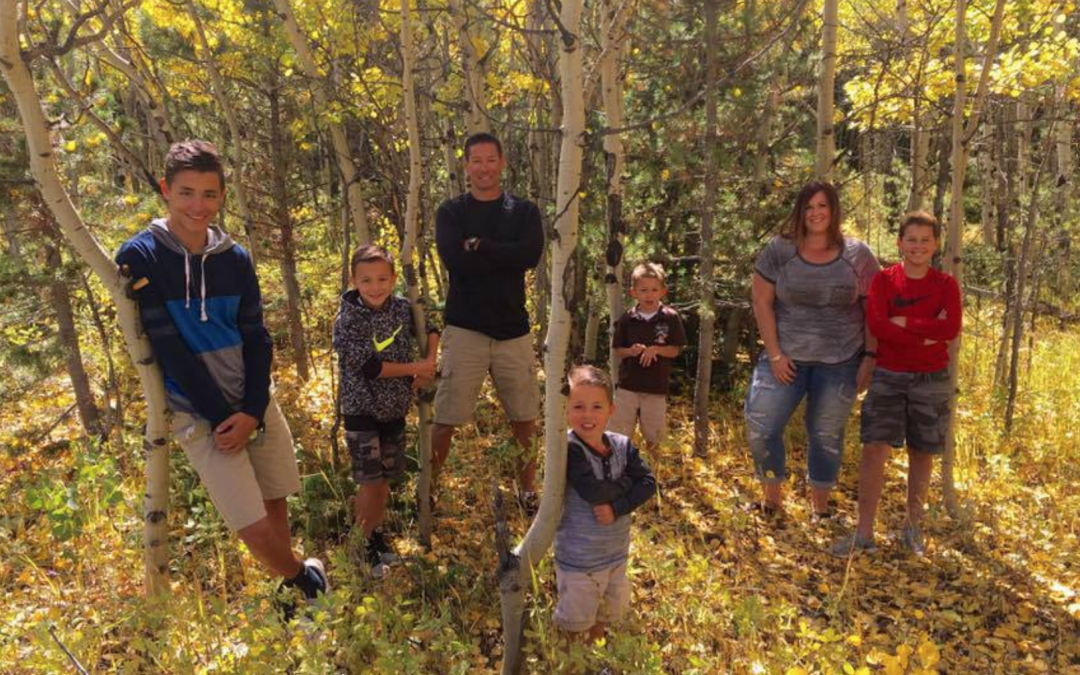 One of the best things about Manic Training is the diversity of its membership. Kyle O. has been a member of this gym in Highlands Ranch pretty much since it opened its doors in 2016.

Like many members, Kyle is a busy professional with a family—although with five kids, his family is probably bigger than most. He and his wife Holly, homeschool their five boys, whose ages range from six to 16. Both of them appreciate how the tightly scheduled Manic Training workouts help them maintain a healthier body as well as a healthier work/life balance.

Kyle recently sat down with Manic coach Scott Jones for a podcast to share a bit about his life, his work, his faith, and his fitness. Here are some of the highlights.

When he first started hitting the Manic workouts, it became a bit of an obsession, Kyle says. Current status? He admits that it is tough to make it in consistently given his job—he works nights—and his busy family life. (Kyle adds that the people around him can tell when he is not getting it done on a regular basis!) With his boys all involved in various activities, and since he and Holly share homeschooling duties, getting in workouts can be a challenge.

Kyle has been a SWAT member of the Lakewood Police Department for the past 20 years and a K9 handler for the past eight years. He is the first to admit that not all police officers are in good physical shape, although he says there is more focus now on changing that. “It’s the job,” he says. “The hours, the stress…you don’t really have the option to eat well unless you plan ahead.” At 46, Kyle says he is probably more fit than the majority of the guys in his unit, most of whom are in their early to mid-thirties.

Kyle goes on to say, however, that his department has been supporting fitness a lot more over the past few years, even offering health screening to its members.

He enjoys his work as a SWAT member but points out that it is not nearly as glamorous as many people might believe. Kyle jokes that he once heard a typical 10-hour shift described as “eight hours of boredom, 15 seconds of excitement, and the rest of the time writing about it in a report.”

Being a K9 handler was one of his goals from back in his police academy days, says Kyle, although because there are so few in the department, many thought it was an unlikely dream. But after about 12 years on the force, he got his wish.

Married for just over 16 years, Kyle says he and Holly opted to homeschool their boys so they could put more emphasis on their faith. The couple divides homeschooling duties, with Kyle handling the primary years and Holly taking over once the boys are older. Balancing their time with the boys is always a challenge, to which most parents can relate to—especially when there are five kids in the mix.

Find Out More About Manic Training

Looking for a gym in Highlands Ranch that will challenge you and put you in the best shape of your life? Contact Manic Training and sign up today for your free week trial!